Social media has 2 sides, positive and negative impacts for everyone

You can gain much information, expand relation and knowledge in social media

But at the same time, in social media you can also lost anything that you have

As a digital era, anything that related to the digital stuff seems interesting

Including the digital assets, cryptocurrency

Who’s unfamiliar with this one of popular topic these times?

Unfortunately, nearly half of the consumers that reported a cryptocurrency-related scam in 2021

They said it started with an ad, post, or message on social media.

The Federal Trade Commission has labeled social media and crypto a “combustible combination for fraud,”

With nearly half of all crypto-related scams originating from social media platforms in 2021.

The report found that as much as $1 billion in crypto have been lost to scammers throughout the year,

Which was more than a five-fold increase from 2020,

The data from FTC found the percentage of scams on few social media platform, such as;

Interestingly, Twitter as the social media platform widely adopted by the crypto-community,

Is not being part of the platform of scams 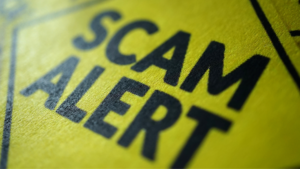 According to the FTC, common investment scams include cases in which a so-called “investment manager”

They will contacts a consumer, promising to grow their money,

But only if the consumer buys cryptocurrency and transfers it into their online account.

There also impersonating a celebrity method

Or promises of free cash or cryptocurrency.

So, you need to be wiser using social media! Avoid scams activities on your own social media

Mattia Davide - December 28, 2021 0
‘I don’t approve of this whatsoever and would like it removed,’ said one subject An unauthorized NFT drop celebrating infosec pioneers has collapsed into a...

Binance.US is Constructing an Office in the Solana Metaverse

Blockchains Need to Move Toward Standards for Interoperable Asset Transfers

An entrepreneur told police he was tortured for several hours by...