But a moment ago, unpredictable thing happened,

An unnamed individual allegedly sent more than $10 million in Bitcoin

The individual sent to an exchange in a country for which the U.S. currently imposes sanctions.

Then, The United States Department of Justice may move forward on a criminal prosecution case against a U.S. citizen

Who allegedly violated sanctions through cryptocurrency.

According to a Friday opinion filing in U.S. District Court for the District of Columbia,

From a U.S.-based crypto exchange to an exchange in a country for which the U.S. currently imposes sanctions

As we know some of countries are; Russia, Cuba, North Korea, Syria, or Iran.

And conspired to defraud the United States.

Using BTC and knew about sanctions on the country.

According to the filing, the U.S.-based crypto exchange had the user’s information 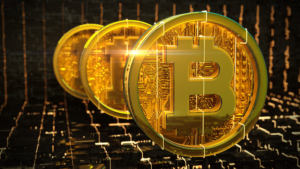 It is through Know Your Customer compliance policies.

“The Department of Justice can and will criminally prosecute individuals and entities for failure to comply with [Office of Foreign Assets Control]’s regulations, including as to virtual currency,” said Magistrate Judge Zia Faruqui in his opinion. “Prohibited financial services include any transfer of funds, directly or indirectly […] from the U.S. or by a U.S. person/entity, wherever located, to the sanctioned entity/country. And lest there be any doubt, financial service providers include virtual currency exchanges.”

“The question is no longer whether virtual currency is here to stay (i.e., FUD), but instead whether fiat currency regulations will keep pace with frictionless. And transparent payments on the blockchain.”

The Treasury Department’s Office of Foreign Assets Control, or OFAC, is responsible for administering sanctions for the United States.

The government office warned U.S. residents not to use digital assets to benefit certain Russia-based entities and individuals

In order to its list of “Specially Designated Nationals,”

A designation which generally prohibits Americans from doing business with them.

Mattia Davide - December 16, 2021 0
"An open and interoperable bridge between Ethereum and Cosmos has long been a shared vision of a fully connected Interchain," said Althea CEO Deborah...

3 New ETFs Will Be Trade This Week For Australians

Receive Your Cashback In Crypto Form

3 Easy Methods for Setting Up a Bitcoin Wallet

A Lot Of Celebrities Invest In MoonPay