Axie Infinity have a big problem

The Ronin hack was one of the most notable events in recent memory,

Causing tremors throughout the cryptocurrency industry.

Some people start to questioning the safety for their assets

Despite this, the Ronin blockchain was not deterred in its mission to achieve significant milestones.

In March, hackers stole more than $620 million in the heist,

According to a Bloomberg report on Friday, once the bridge reopens on Tuesday, users will be able to withdraw one ETH for each one they possessed before the attack. 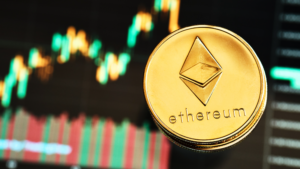 A moment ago, Sky Mavis closed $150 million in fresh capital led by Binance

Animoca Brands,16z, Dialectic, Paradigm and Accel were among the investors during the funding round.

The investigation shows the hacker moved the stolen assets around soon after the breach,

They using TornadoCash to conceal their activities.

This is a significant issue for the decentralized finance (DeFi) industry,

Which has suffered more than $1.22 billion in losses thus far this year.

After the bad times for all user,

Sky Mavis, the creator of the play-to-earn game Axie Infinity (AXS) give announcement

And reopen the bridge next week.

Mattia Davide - December 3, 2021 0
Gaming tokens are preceding an altcoin season with substantial rallies as the DeFi sector posts losses against Bitcoin. While Bitcoin is still cooling off after...

Is It Too Late to Invest in Ethereum?

Institutional Bitcoin Broker NYDIG Valued at $7B in Whopping $1B Funding...