Utah, the state in the Mountain West subregion of the Western United States, come up with good news.

Some of the primary duties assigned to the task force involve

After nearly a three-year-long discussion about establishing a task force to oversee blockchain and crypto initiatives,

The governor of Utah, Spencer Cox, signed a bill to create the Blockchain and Digital Innovation Task Force.

The Utah State Legislature first saw the introduction of the house bill (H.B. 335) in early February 2022,

Before finally being signed by Governor Cox on March 24.

Therefore, some of the primary duties assigned to the task force involve

“[The task force shall] develop and introduce recommendations regarding policy pertaining to the promotion in the state of the adoption of blockchain, financial technology, and digital innovation.”

Furthermore, according to the bill 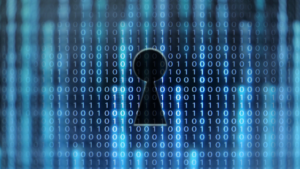 It is in blockchain technology, cryptocurrency and financial technologies.

Out of the lot, up to five members will be appointed by the president of the Senate,

And other five members by the governor, among others.

In addition, the bill also requires the Utah Division of Finance to provide staff support to the task force.

In the state related to blockchain, financial technology and digital innovation.

Then, the task force required to report annually

The Business and Labor Interim Committee and the Legislative Management Committee.

Mattia Davide - December 21, 2021 0
In 2021, non-fungible tokens (NFTs) have been extremely popular and have become a billion-dollar industry this year. There’s been a number of NFT marketplaces...

Bitcoin Mining Ban Into Law, Not Signing Yet

Before Investing in a Cryptocurrency, Here Are Some Things To Research!

Crypto Analyst Nicholas Merten Says This Altcoin Sector Will Be the...

Ethereum History and Prospects for the Future

How To Change or Cancel an Ethereum Transaction That’s Currently in...