In order to tide the firm over in the event of a bear market.

Even though the situation seems like showing not good enough opportunity,

But Sergey Vasylchuk, the chief executive officer still optimist with anything that Everstake doing

The Ukraine-based blockchain firm said that;

The company will continue to hire crypto professionals amid a market downturn and ongoing conflict in the country.

Which started in February, and the firm still had more than 10 positions in marketing and development to fill. 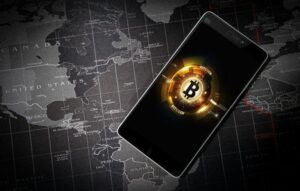 “An important part of doing business is assessing and addressing all potential risks,” “We couldn’t help but expect another market crash simply because risk management dictates that one must always expect things to go south.”

The Everstake CEO hinted that part of this preparation was due to the possibility Russian forces will invade Ukraine.

And its allowed the firm to avoid letting employees go

“though I must admit we underestimated the risks of Terra,” he added — and turn the crisis into an opportunity.

And he shows the hopes of the market to back on track.

Why Ethereum Was Sliding Today

Dec. 23-30, Crypto Biz: The Blockchain Revolution Will Silence the Critics

Ukraine Continues To Use Crypto And NFTs Aids

What Will Happens At The End Of The Year?