The ups and downs of crypto graphics hit anybody

Then, lately, a rumors about KuCoin bankrupt appears in public

They started to give any tips and explanation

But, KuCoin CEO, Johnny Lyu, come to the public and argue about the rumors

He explains that it just a rumor

As cited from Cointelegraph,

Which placed the company’s valuation at $10 billion in May 2022.

Moreover, he pointed out that the company is currently hiring for multiple positions,

Requesting investors to make their own judgment amid the ongoing FUD. 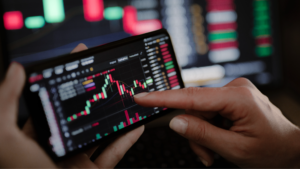 “No ‘immense suffer’ from any ‘coin collapse,’ no plan to halt withdrawal, everything on KuCoin is operating well.”

The rumors that appears says KuCoin’s intent to stop withdrawals with the Terra and the 3AC collapse,

Which will lead to immense suffer for the exchange.

In addition, to make his explanation valid,

Including the detail information about their operations.

Furthermore, he also sent out a warning to the people accusing KuCoin of shutting down services and creating panic among investors.

3 Reasons Why Ethereum Price can Drop Below $3K by the...

Altcoin Investing: What Exactly is Altcoin?

ALL BEST ICO (ALLBI) Receives a Bearish Rating Sunday: Is it...

How Firms are Re-Jigging Supply Chain with Larger Inventory, Blockchain, and...

Despite the Hazards – Blockchain Technology of Crypto Attracts Young Investors