As a company that run in this field, Uniswap invests for some companies that directly work for web3

Uniswap is a cryptocurrency exchange company which uses a decentralized network protocol.

That is a venture capital fund focused on investing in Web3 companies and projects.

As the details, this firm will invest at any stage of development into various projects or technologies related to Web3

Including infrastructure, developer tools, and consumer-facing applications as areas of interest. 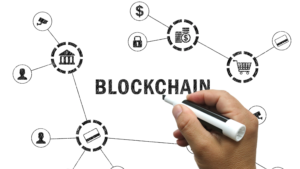 Uniswap expresses their interest in funding, but give no details projects of investing.

It is a step to heading up the effort with Uniswap COO, Mary-Catherine Lader.

Leibowitz is the former Strategy Lead for Uniswap

Previously he was the founder and editor of the now-defunct “Crypto Chat” newsletter, and research analyst at The Block.

Crypto companies are beginning to diversify through venture capital firms.

In January, centralized exchange FTX launched a $2 billion fund to invest in Web3 businesses, most recently leading a $350 million funding round for the NEAR Protocol (NEAR).

Bitcoin Falls Below $50,000, Continuing a Choppy Down December

For ‘Supporting Crypto Mining Activities,’ a Top Chinese Official Has Been...

Lynn Liss: How BTC and ETH In Next 10 Years?