A problem in crypto industry development

According to some U.S. lawmakers in the House Financial Services Committee,

It can be hurting many sides

Unfortunately, according to Stephen Lynch,

While women and people of color remain in the waiting room,

In a virtual hearing a moment ago,

U.S. lawmakers and witnesses uncover how

Women and people of color were

In the financial technology industry, including crypto firms.

There is only 2% of venture capital funding,

Went to firms in which the founders were women,

While only 1% went to those with black founders,

Moreover, According to Lynch and some on the committee,

This trend suggested an “old boys club” culture in companies

Including those involved with cryptocurrencies,

There is a white male supremacy

Then, they claimed that many firms seemingly less deserving of funding,

Were able to bring in money more easily

Due in part to relationships between leadership. 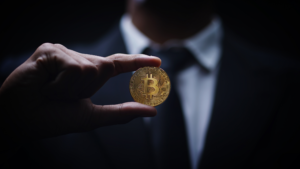 “While lack of diversity is a trend in almost every industry that venture capitalists invest in,

it is particularly troubling in the fintech space,”

Moreover, he added that;

“The largest fintechs, including digital banks, payment processors, and cryptocurrency providers, actually market their products to women and people of color.

Yet when we look at the founders and leadership teams, they clearly do not reflect the communities that they claim to serve.”

Mattia Davide - January 6, 2022 0
NFT mania is showing no signs of slowing down. In the latest development, Metaversal – an NFT investment firm – has managed to score...

When Will The Altseason Begins?

Why Are The Rich People Holding Bitcoin?

Disney has Filed a Patent for a Theme Park Metaverse

Bitcoin is Headed for its Lowest Weekly Closing in Two Months,...